The Rather Shady History

The three male body types Ectomorph, Mesomorph, and Endomorph that are tossed around daily in fitness circles are actually a physique classification system developed by William Herbert Sheldon, PhD (b. 1898 d. 1977). What other fitness sites don’t tell you is that Dr. Sheldon developed these classifications by taking photographs and measuring incoming freshman at several Ivy League schools from the 1940s to the 1960s. Oh, and did I mention that these students were nude?

In today’s day and age it seems absolutely astonishing that such a study was ever allowed to take place, and even more astonishing is that tens of thousands of students willingly (more or less) participated. Incoming students were asked to strip down and then had pins attached to their bodies before being photographed nude from three different angles for what were at the time called “posture photos”.

The true purpose of the data gathering was that Dr. Sheldon intended to use it to prove that there was a relationship between the shape of a person’s body and their disposition (personality). His theory eventually became an entirely new field known as Constitutional psychology, in which he described ectomorphs as introverted, thoughtful and sensitive; endomorphs as relaxed, comfortable and extroverted; and mesomorphs as confident, active, assertive, and possibly aggressive.

The names that are so commonly thrown around now in health and fitness circles were derived from the three primary germ cell layers of a very early embryo.

Endoderm – The inner layer Responsible for the creation of the entire respiratory track, with the exception of the nose, the digestive tract, the bladder, and the urethra.

Mesoderm – The middle layer, the mesoderm helps to create various tissues and structures of the body, including muscle, cartilage, bone, connective tissue, as well as the vascular, reproductive, and excretory systems.

Ectoderm –The outer of the three layers, the ectoderm give rise to the skin and nervous tissue, which is the main component of the human nervous system.

Published in 1954, his book “Atlas of Men” included Dr. Sheldon’s method for assigning a 3-digit number to a person on a scale of 1 to 7 for each for each of the three body types based on their physical measurements.  On his scale a pure Ectomorph would be a 1-1-7, a pure Mesoporph a 1-7-1, and a pure Endomorph a 7-1-1. It’s highly unlikely that any of us fits exactly into any one of the three body types, but instead the name we ascribe to represents the dominant type for each of us.

“He (Dr. Shelton) believed that every individual harbored within him different degrees of each of the three character components. By using body measurements and ratios derived from nude photographs, Sheldon believed he could assign every individual a three-digit number representing the three components, components that Sheldon believed were inborn — genetic — and remained unwavering determinants of character regardless of transitory weight change. In other words, physique equals destiny.”

On January 15, 1995 an investigative journalist named Ron Rosenbaum published an article in the New York Times that he called it “The Great Ivy League Nude Posture Photo Scandal: How Scientists Coaxed the Best and the Brightest Out of Their Clothes.” Mr. Rosenbaum begins by telling of how a forgotten cache of thousands and thousands of nude student photos was discovered in a locked room of a massive Gothic tower in New Haven by an unsuspecting Yale University employee in the 1970s. After doing a little digging the true nature of the images was discovered, and immediately the cache was destroyed in a two step method that included first shredding and then burning the images. The intent was to spare the subjects of the images, many who went on to positions of importance in government and society, the embarrassment that likely would result if the images were to fall into the wrong hands.

Mr. Rosenbaum recounts his own experience with this bizarre ritual as he arrived at Yale for his freshman year in the 1960s.

He writes, “It didn’t occur to me to object: I’d been told that this “posture photo” was a routine feature of freshman orientation week. Those whose pins described a too violent or erratic postural curve were required to attend remedial posture classes.”

“The procedure did seem strange. But I soon learned that it was a long-established custom at most Ivy League and Seven Sisters schools. George Bush, George Pataki, Brandon Tartikoff and Bob Woodward were required to do it at Yale. At Vassar, Meryl Streep; at Mount Holyoke, Wendy Wasserstein; at Wellesley, Hillary Rodham and Diane Sawyer. All of them — whole generations of the cultural elite — were asked to pose.”

Once all the rage, the acceptance and popularity of Dr. Sheldon’s work began to take a dramatic turn in the early 1950s, starting when he and his team visited the University of Washington to continue with their “research”. Since finishing his “Atlas of Men”, he was already busy creating the companion volume “The Atlas of Women”. Apparently all was going well until one of the women mentioned the photo practice to her parents. The next morning a small army of lawyers and university officials stormed Dr. Sheldon’s office and demanded the photos.  The photos were deemed “shameful” and were burned. Similar outrages and subsequent burnings followed in the 1960s and 1970s at Harvard, Yale, and Vassar in response to the posture photo practice.

His work is generally dismissed by modern researchers, some referring to his work as pseudoscience. The record indicates that Dr. William Sheldon died in his office a lonely man in 1977.

What happened to the images? The word on the interwebs is that the images were transferred to the Smithsonian in Washington, DC, and that most were destroyed between 1995 and 2001. The history does suggest though that there are hundreds if not thousands of photos that remain unaccounted for, perhaps still hidden behind some other lost locked door.

Though his hypothesis were never proven, and his methods were regarded as “shameful” and criticized, the legacy that Dr. Sheldon leaves behind is the three body types categories that he created.

What Your Body Type REALLY Says About You 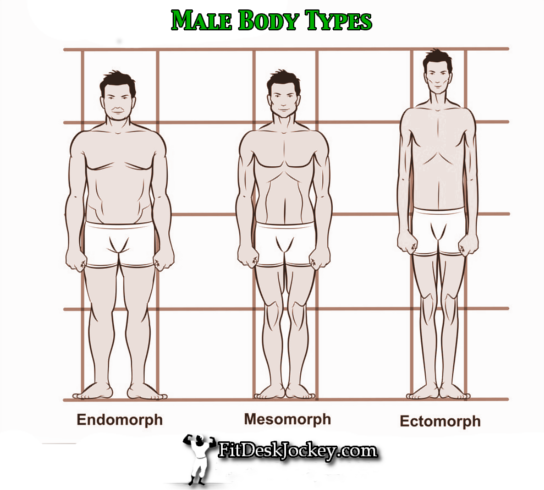 Ectomorph (1-1-7) – Often referred to as “slim”, ectomorphs are distinguished by their combination of low fat levels and long limbs and muscles. Ectomorphs are not prone to gaining muscle or storing fat.

Ectomorphs, often referred to as “hard gainers” (especially by young males hoping desperately to gain muscle and size), have a more difficult time gaining weight, which of course can be a blessing so long as your dream is not to be an NFL linebacker.

Characteristics of an Ectomorph:

Think your dreams of an amazing muscle-wrapped physique are hopeless?

Not a chance! It all comes down to how far you’re willing to change your habits in order to get the results you want. 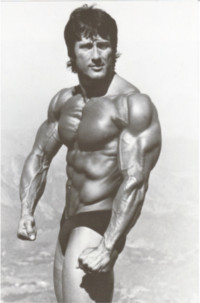 Consider that several phenomenal bodybuilders are ectomorphs, of which Frank Zane is probably the most well known. His smaller bone structure combined with his muscular physique produced one of the most perfectly tapered waists in the business.

The fact that ectomorphs are typically taller with longer limbs does not make lifting weights and easier, since their range of motion as greater than the other two body types. It’s also because of these longer limbs that ectomorphs often require longer recovery periods between workouts. One the plus side though, remember that your thinner frame makes a 10 pound muscle gain look incredibly more noticeable.

Focus on lifting heavy and be sure that you’re including some heavy leg training, which is generally one of the best ways to start adding some muscle.

An ectomorph who wants to gain weight (muscle) needs to eat a TON of nutrient rich food. If you’re someone who’s trying to gain some size, I know what you’re saying, “I eat a ton of food and don’t gain a pound.”

Mesomorph (1-7-1) – Often referred to as “muscular”, mesomorphs have medium bone structure, low levels of fat, a narrow waist, wide shoulders, and a solid torso. Mesomorphs are generally predisposed to gaining muscle, but not storing fat.

Characteristics of a Mesomorph:

Mesomorphs have bodies that respond very will to strength training, so packing on some muscle won’t take much time and effort. Be sure to allow yourself adequate time to recover to help maximize your gains and minimize your risk of injury.

Mesomorphs should ensure that the get about 1.5 grams of protein per pound of body weight, which should come from lean sources like chicken, turkey, lean beef, and protein shakes in a pinch. Mesomorphs can get away with eating higher amounts of calories and carbs than endomorphs, but try to focus on complex carbohydrates like vegetables, fruits, and legumes (e.g. lentils and beans).

Endomorph (7-1-1) – May be referred to as “big boned”, endomorphs have large bone structures, and noticeably wide waists. Endomorphs are typically predisposed to storing fat.

Characteristics of an Endomorph:

In The Kitchen – Keep your fat intake low, your carbs complex (fruits, vegetables, and whole grains), and your proteins lean and plentiful. Simple carbohydrates are broken down very quickly by the body, resulting in a blood sugar level that spikes rapidly. The body of an Endomorph is typically not efficent at reacting to this spike and blood sugar

Strength Training – If you’re an endomorph who strength trains but can’t seem to get as lean as you’d like, try significantly reducing the amount of rest you allow yourself between sets. I watch people lift all the time and some people wait as long as 3 to 5 minutes between sets. If your goal is to burn a ton of calories, try reducing your rest time between sets to a mere 30 seconds. It can take some time to get used to, but the results can be amazing.

Focus on interval training like hill sprints to help lose fat weight. Extreme endomorphs may have to incorporate some type of cardio training daily depending on their personal goals.

So what’s your body type? Have you incorporated any killer result producing changes into your fitness journey as a result of discovering your body type? 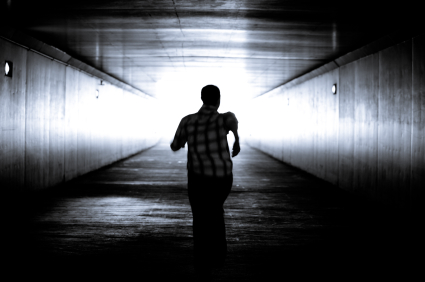 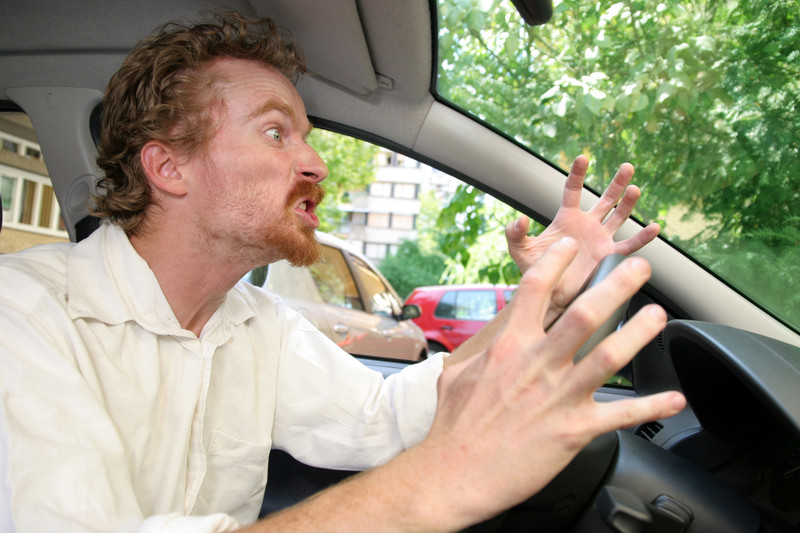 Is Your Commute Driving You Nuts?