Below are our recommendations of the top, affordable protein powder online. Whey protein is one of the most convenient and easily absorbed forms of protein for fitness fanatics interested in losing weight and building muscle.

Journey with me WAY back to the time when you last read or heard “Little Miss Muffet, sat on her tuffet, eating her curds and whey.” It’s undeniably true that nursery rhymes can be invaluable teachers of lifelong lessons.

“Don’t use breadcrumbs to mark a trail in the forest.”

“Don’t put a well at the top of a hill and then send your two clumsy kids to get water.”

You get the idea.

A little recognized lesson is that if Miss Muffet had been more diligent in eating her curds and whey, she may have had the strength and lean muscle needed to pound the spider that came and sat down beside her. Instead, she simply let it frighten her away. Don’t be a Muffet!

The process of acidifying milk yields both a solid component, called the curd, and a liquid component called whey. The whey can then be turned into powder by removing the water, and sold to the muscle craving masses all over the world. Whey protein is one of the most convenient and easily absorbed forms of protein available for fitness fanatics interested in getting muscle fast. What many people don’t realize is that there are actually 3 major forms of protein that coexist under the term “whey protein”. Below is a synopsis of each of the 3 major types of whey protein.

1. Concentrate: The first major form of whey protein, known as concentrate, is a byproduct of the cheese manufacturing process.  It can vary in potency from 29%–89% protein by weight, and is relatively low in both fat and cholesterol compared to other forms of protein.  It’s important to note that because concentrate is the least processed form of whey protein, it typically has the highest level of bioactive compounds, and carbohydrates in the form of lactose (an important factoid for those with lactose intolerance). An assortment of scientific literature and case studies have acknowledged a likely relationship between bioactive compounds and protective effects against many adverse health conditions including hypertension, cardiovascular disease, and cancer.

2. Isolate: The second major form of whey protein, known as isolate, is usually 90%+ protein by weight and is also typically lower in bioactive compounds. Whey protein isolate is a purer form of protein that’s a staple for many fans of fitness and fitness freaks looking to build lean muscle mass. My wife happens to be lactose intolerant, but by mixing a whey protein blend (concentrate and isolate) with Silk -Light brand soymilk, she is able to include whey protein in her fitness program without any symptoms. This is most likely because whey isolate is processed to remove much of the fat, lactose, and carbohydrates. Of course everyone’s body is unique, so if you’re lactose intolerant I recommend testing small amounts to start with. As always it’s generally best practice to consult your physician before starting any new exercise, or nutrition plan.  A drawback of isolates more refined nature is that it tends to be a bit pricier than whey protein concentrate.

o   Both of the above mentioned whey protein types are mild to slightly milky in taste.

3. Hydrolysates: The third and final type of whey protein is called whey protein hydrolysates, which are predigested, partially hydrolyzed whey proteins. The process of hydrolization uses enzymes to breakdown the protein strands into smaller chains called peptides, which in turn allows them to travel through the digestion process much more quickly.  As a more processed protein than concentrate or isolate, it’s very potent and is very rapidly absorbed. I’ve found that it’s common to find hydrolysates in a blended form, such as Optimum Nutrition’s 100% Any Whey Instantized Whey Protein (shown below), but it’s a bit harder to find in its pure form than the other two types. It’s also important to note that highly-hydrolysed whey has proven to be less allergenic to those with milk allergies than other forms of whey, which is why it’s commonly found as a component in infant formula. As the most processed and pure it’s also generally the highest priced of the three major forms of whey protein.

Casein: The type of protein that I’ve deemed to important not to mention, despite the fact it’s not a whey protein, is casein protein (from the Latin caseus for “cheese”). Of the protein found in milk about 20% is whey protein, and the other 80% is casein. In previous posts I’ve touted the benefits of taking whey protein, especially after workouts, because of how quickly it’s absorbed by the body (as fast as 15 minutes). On the flip side, an attractive molecular property of casein is its ability to gel/clot in the stomach, which as a result makes it a protein that releases amino acids into the bloodstream much slower and for an extended period of time. Whereas the release rates following ingestion of whey isolate tend to decline after 2 hours or so, release casein has been shown to last as long as 7 hours.  This trait makes casein an excellent protein to incorporate into the diet of your fitness program when a slow and steady release of amino acids is desirable, such as in the evening hours before bed.

If your vegan checkout our review of the best vegan protein powders.

So you’ve got your protein powder, now what??? 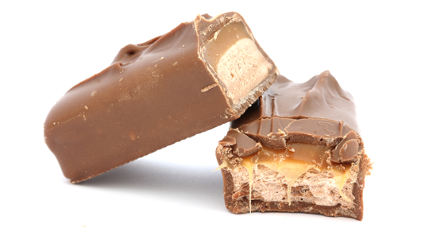