One of the BEST things you can do to take your fitness to the next level is to take cardio machines off the pedestal, and grab some weights. The phrase “use it or lost it” really rings true when it comes to muscle mass, since age will eventually start robbing you of your lean weight at an ever increasing rate if you don’t take steps to combat the lean weight loss.

Enter my number one recommendation for anyone looking to get in shape, start strength training.

Now days it seems that more and more people are spending less time on monotonous cardio machines, and instead are starting to incorporate some type of strength training into their fitness journeys. Strength training is a valuable tool that people of all ages can use to build lean muscle and strength, and also to preserve the lean weight that they already have.

I know from personal experience that it can be a bit daunting to literally feel lost in the world of weights, far away from the familiar comfort of cardio row.

The two most common questions people have when starting to incorporate strength training into their fitness are:

Well, those  are GREAT questions and I’m glad you asked.

There are basically two schools of thought on the issue, and there is a deep divide between the two schools.

The first group is a group of people who claim that lifting heavy weights is the only way to go if you’re looking to build muscle size and strength. The reasons for their belief are quite varied, and may include reasons like it’s the only “real” way to build muscle size and strength, lifting light is just for toning, or they may simply say that the like lifting heavy because it makes them feel like a bad mother.

Yes it does, but what does the research say?

A 2002 New York Times article “The Claim: For Better Muscle Tone, Go Lighter and Repeat” references a 2002 study titled “Effects of resistance exercise bouts of different intensities but equal work on EPOC.” that supports the belief that lifting heavier weights produces a more intense workout. The results of this particular study showed that “subjects who lifted more weight for fewer reps burned more energy, and had a greater metabolic boost after exercise.” As a result of their higher metabolic boost, it was actually the group who lifted the heavier weights for fewer reps who toned up the most and dropped the most weight. One point for the heavy lifters!

A second and more recent 2010 study published in The Medicine and Science in Sports and Exercise Journal followed a group of 122 postmenopausal woman over a 6 year period. The study found that the group of woman who were assigned strength training, defined as 8 rep sets at 70 to 80% of their 1RM, experienced the most weight and fat loss. Another point for the heavy lifters!

The second group avoid lifting heavy weights, as they prefer that their strength training consist of doing a higher number of reps using lighter weights. The reasons I’ve heard for embracing this method of strength training are as varied as the reasons I’ve heard for lifting heavy. They include simply being scared of lifting heavier weights, scared of a perceived increased risk for injury, and of course others say that they’re afraid that lifting heavy will make them look like a different colored version of the muscle-bulging Hulk. Other reasons include the ever famous line of being more focused on “toning”, and still others simply don’t know why they do what they do.

Let’s dispel the “I’m afraid I’ll get big and bulky” fears right now. If you’ve been active in the fitness circles for any amount of time, you’ve probably heard some form of the adage “Your diet is responsible for 80% of your weight loss.” Right? Producing bulky muscles requires intense strength training combined with a diet that is well above the 2,000 calorie diet that’s typically recommended by the FDA. Take a look at the video below for a glimpse at what a week in the diet life of  4 Time Mr. Olympia Jay Cutler looks like.

For those of you who didn’t catch exactly what Jay says at the end, he says that the food he purchases in the video will last him through the week.

Someone like Jay Cutler did not get as big as he is simply by lifting weights like most people. As you can see he eats a ton of food (especially lean protein), he’s been actively building his body for about 20 years, and he’s one dedicated dude. His results are certainly NOT typical, and did not happen simply by hitting the weights for an hour 3 times per week.

A study recently published in Applied Physiology, Nutrition, and Metabolism titled “Bigger weights may not beget bigger muscles: evidence from acute muscle protein synthetic responses after resistance exercise”, suggests that higher repetitions of lower weights were just as effective as lifting heavier weights for lower reps, so long as the exercise was performed to muscle failure.

Like so many things in life it seems that when it comes to strength training the ultimate key to success  is allowing yourself to fail. Chances are if you’re doing a total body workout that consists of 1 set exercises, you’re not reaching failure.

To reach true failure it should be physically impossible for you to perform one more repetition of the particular exercise you’re working. It is NOT simply when you feel your muscles start to burn. An illustration that I use is if someone put a nice crisp $100 bill in front of your face and said it was yours if you could just give me one more rep, could you do one more? If the answer is “yes”, you’ve failed at failing. Shame, shame.

Important Note: Grunting like a psychotic caveman or woman does NOT mean that you’ve in fact worked your muscles to failure.

My own views on the subject of reps place me either somewhere in the middle two schools of thought. The method of strength training that I follow is sort of a hybrid of the two. I’ve find that I get the best combination of results and freedom from boredom by cycling my workouts through two phases that last 5 weeks, and 1 phase that lasts 3 weeks. I’ll be sharing the strength training plan that I follow in greater detail in the very near future.

My recommendation is that you always question everything you hear when it comes to your fitness. People are very different, and come from varied gene pools, which means that what honestly does work for one person will not always produce the same results for another. That being said, one of the worst things you can do when it comes to fitness is to do nothing, or fall victim to paralysis by analysis. Start today and never stop learning and improving. 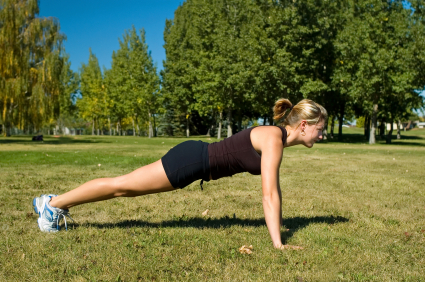 Feel The BURN With A Killer Burpees Workout 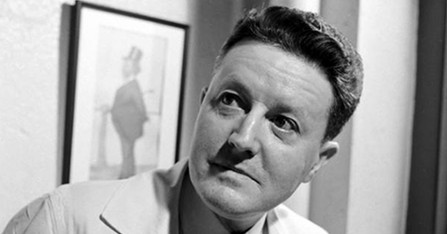