This post was not planned, and as you read on you’ll understand why.

According to a study published in The Journal of the American Medical Association titled “Helmet Use and Risk of Head Injuries in Alpine Skiers and Snowboarders”, head injuries while snowboarding and skiing are the most common cause for hospital admission. It should therefore come as no surprise that  head injuries, with an 8% fatality rate, are also the most common cause of death among snowboarders and skiers. This particular study went on to assert that wearing a helmet was associated with a 60% reduction in the risk of head injury. Sounds like a no-brainer, right?

A separate 2010 report by the New York Times stated that only roughly half of all snowboarders and skiers wear helmets nowadays. This statistic is actually quite an improvement from the 25% figure of 2003. A major factor behind the rise in helmet usage is that manufacturers finally began making them fashionable, as well as functional. The unattractive and awkward bubble domes of yesteryear have been replaced by a multitude of sleek and functional styles that are as individualistic and aggressive as the riders who dominate the sport. Speaking of riders who dominate the sport. Helmet use by high profile riders like X Games Gold winner Shawn White have effectively removed the negative sentiment that used to exist in the sport with regards to helmet usage. Hey, these days if you want to look professional grab a helmet. Even if you can’t stand up. Especially if you can’t stand up, grab a helmet.

I am definitely not a professional snowboarder, but I have been doing it for about the last 20 years. Holy hell, am I old enough to say phrases like that?!?! Back in the early days the resorts certainly didn’t put up any jumps or rails for boarders, which usually left us to build our own in some secluded spot. Setting them up by the trees or by chairlift towers was prime, mostly because they were harder for the patrol to destroy. By the time we’d finally get the hit perfect we’d have just enough time to hit it and hike it a few times, before Mr. patrol would come roaring up to destroy it and threaten to revoke our lift tickets. I wonder if he ever realized that this snowboarding “fad” would one day pay more of his wage than his prized skiers.

In those days there was no way and hell you’d get me to put a helmet on. Thankfully experience, age, and that fact that they’re pretty damn cool looking now with headphones in them (how did I ever ride without them),  inspired me to embrace the protection and safety that a helmet can offer about 3 years ago.

Below is a picture of the side of my head showing an injury that occurred on January 30, 2011. The injury occurred after a relatively minor fall in which I ended up sliding down a quarter-pipe wall head first on my back. The next boarder was evidently following too closely and was unable to stop before slamming board-first into my head, which I had turned in hopes of seeing and avoiding a potential collision. “D’oh!” Talk about a slow motion moment! I had plenty of time to think “Oh Sh#*”, which I believe was invented for just such an occasion. I also had an earbud in my ear which was smashed into my ear canal deeper than I ever thought possible on impact. That red line you see along my jaw line that looks like a blood stain is actually the continuation of the cut from the snowboard’s sharp edge.

Here’s a picture of my helmet that I firmly believe is responsible from keeping me from getting “Van Goghed” by a snowboard. In two weeks I have a trip planned to Breckenridge, CO that I’m insanely excited about. Without this helmet I’m certain the trip would’ve had to have been canceled, perhaps until next season.

Which brings me to the subject of safety itself. Whether it’s driving behind the wheel of a car, running, walking, lifting weights, or flying down the slopes of your favorite hill, one of the variables that you can NEVER control is other people. Another is simply unforeseen freaking weird scenarios. I mean if someone would’ve ever told me that one day I’d nearly get my ear cut off by a snowboard, I would’ve told them to lay of the wacky tobacky. Yet, here I am. You never expect the unexpected. All you can do is be sure to take the necessary precautions, and never take your safety for granted.

As we progress through our fitness journeys it’s easy to sometimes get short-sighted about our goals and take unnecessary risks, often to the determent of our long-term goals and dreams. Whether it’s something as simple as distorting your body like a contortionist to do as many reps as the guy next to you, or wanting to get your night run in so bad that you forget to wear you reflective gear, accidents and injuries do happen. When they do it can be detrimental to the progress you’ve made day after day, year after year, through gallons of your own blood, sweat, and tears. To put it another way, injuries REALLY suck and they can really be a setback.  So this is my friendly reminder to be safe out there on your fitness journeys.

Be BOLD. Be STRONG. Be SAFE!

“An ounce of prevention is worth a pound of cure.” ~ Benjamin Franklin

Q1. What type of safety precautions do you take in pursuit of your personal fitness goals.

Q2. Have you ever had your fitness journey derailed by an injury?

Bruised but not broken, 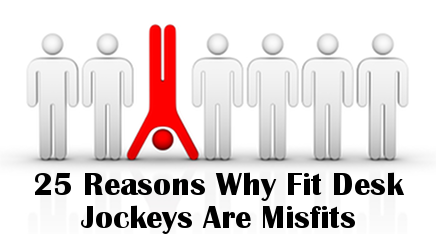 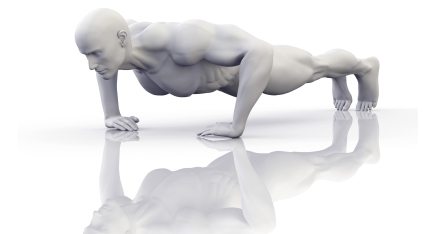 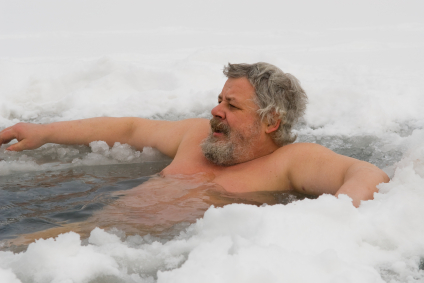 Use Thermodynamics to Lose Fat?