Now after reading the title, I’ll bet I can guess what most of you are thinking. “Epic rubbish!”

If you think I was implying that you can effortlessly suck away pesky ab fat with your Hoover, well then I’m right there with you, rubbish! Though I’d be willing to wager that a device like this will probably be sold at some point via late night insomniac infomercials, or perhaps it already has at one point or another. Remember the Hawaii Chair? Check it out below.

To be honest as soon as I started using ab vacuums in my workouts the image and title for a post about them just popped in my head and made me grin ear to ear, so of course I just HAD to use them. It still makes me smile! 🙂

If you’ve been to the gym anytime recently you’ve probably seen guys who are built quite well, are incredibly strong, but when they turn around you notice a bulging belly region that quite honestly resembles a woman who’s 5 months pregnant. What’s up with that?

This appearance, known as a distended midsection, occurs when the abdominal region begins to bulge out and up. This phenomenon occurs in many people who are overweight as well; it’s just that it’s for more noticeable in someone who has low body fat, such as a bodybuilder. Though the appearance of a distended midsection can be an indication of steroid use, it can also simply mean that the burly behemoth before you has neglected to include some crafty little exercises in their routine.

Arnold Schwarzenegger, the 7 time Mr. Olympia, did not dominate the sport of bodybuilding simply because he was the biggest bodybuilder at that time. He was of course insanely muscular and ripped, but much of his success can be attributed to the fact that he was also extremely well proportioned. If you look at many of the competition photos of him that can be found online, as well as the photos of most of the top bodybuilders from the 1970s and 1980s, you’ll notice that though they are extremely well built and muscular, the majority have waists that are slender and nearly perfectly tapered.  He-Man! (less the tighty red-ies). In fact, some argue that the 1970’s and 1980’s was the golden age of bodybuilding, as today’s competitions put far too much emphasis on size, often at the expense of aseptically pleasing proportions.

The human abdomen consists of a sort of abdominal cavity that’s made up of two internal muscles called the Transversus Abdominus, and the Lumbar Multifidus. These two often overlooked muscles are major players in supporting proper posture and providing back support, such as when sitting at your desk for 10 hours a day, as well as controlling deep breathing. Coincidentally enough the pregnancy reference above isn’t too far from the mark, as the Transversus Abdominus also helps pregnant women deliver their children.

When strengthened through proper training these muscles are better able to contain the other muscles that make up the abdominal region, including the famed rectus abdominis, which produces a more tapered appearance. Keep in mind that neglecting these muscles can lead to a distended midsection, especially as you strengthen and develop your other ab muscles.

I’m glad you asked! The forgotten abdominal art form that I’m dancing around is called Ab Vacuums. The great news is that you don’t have to be a bulking bodybuilder to use a few simple exercises to start trimming your waistline today. Exercising and activating these often overlooked muscles can result in reducing your waistline by several inches in as little as 3 to 4 weeks, and the best part about it is you can do them ANYWHERE. I’ve done them in my car on the way home from the gym, I’ve done them while on the treadmill, and I’ve done them at my desk. Ha! I’m doing them right now while writing this post.

The workout outlined below is an excellent addition to your current routine, and will leave your abs burning for days. The phrase “vacuum pulses” means quick contractions like the ones shown in the demo video below. The phrase “vacuum hold” simply means holding a single contraction for the amount of time specified. I recommend resting about a minute between each complete set, meaning do a set of the pulses followed immediately by a set of the timed hold, and then rest for one minute before starting the progression again. I know it may sound stupid, but remember that’s it’s your abdominal muscles that are doing the work, so be sure to continue breathing during the holds. If you’re interested in learning more about what it takes to get those elusive six-pack abs, be sure to visit a past post of mine called “Find Your Six Pack Body!”

[h4]Sound Off![/h4]
There are some major improvements and upgrades coming to the site this month, so be sure to check back often! In the next few days I’ll be posting my first annual progress update, as well as my amended goals for the next year. I sincerely apologize for the tardiness of my annual update, but I had to put it on hold due to some head scratching technical issues.

In the comments section below I’d love to hear how you plan to stay on the fit wagon as we enter the season of excess, or say whatever flips your pancake. 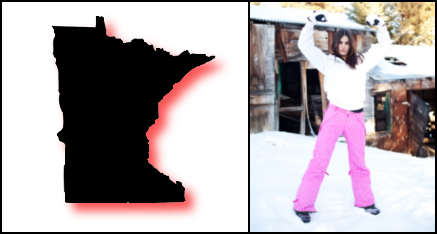 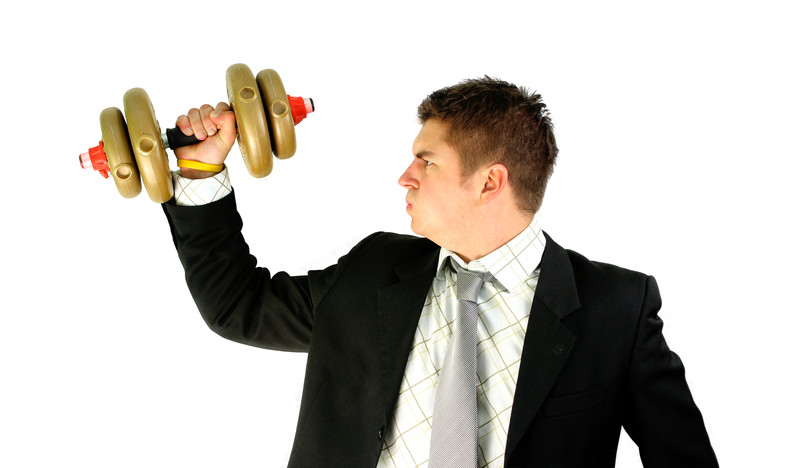 How Many Reps and Sets Should I Do?