How many times have you heard the phrase,“Variety is the spice of life that gives it all its flavor”? The sad thing is that this meaningful quote from William Cowper has become rather cliche. The problem with something becoming a cliche is that we usually forget to truly appreciate the meaning of words we’ve heard so often.

To me the quote means that new experiences and changes are what make our lives interesting and enjoyable, but the quote also can be applied to things more defined than life in general. For instance, I could say that variety is the spice of my fitness commitment that keeps me interested and motivated. I’m always on the lookout for a new exercise, recipe, or routine. Harrumph!

If you’re on the narrow and winding road that is most fitness journeys, you’re probably found yourself in a food rut at one time or another desperately searching for a way to break out of the monotony. A great way to expand your food options is to be just reckless enough to try new recipes and methods of food preparation, and a simple and effective way to start broadening your horizons is to expand your use of spices and seasonings.

To borrow, butcher, and repurpose a line from Indiana Jones:

“Chose your spices wisely, for as the right spice will give your food life, the wrong spice will take life from it.”

[h4]Cinnamon[/h4] Cinnamon is one of the oldest spices and its history can be traced back to as early as 2,000 B.C. as an import to Egypt. The name “cinnamon” comes from the Greek “karuvapatta”. It’s also a spice that’s mentioned several times in the Bible including Proverbs 7:17, and in the Song of Solomon 4:13-14. It’s easy to unfairly label cinnamon as an indulgence thinking about the sweet gooeyness of cinnamon rolls, but there’s way more going on in cinnamon rolls that makes them unhealthy (think CRAZY amounts of butter, bread, and no nutritional value. YUM…but “no!”).

Purported Benefits: Traditional Chinese medicine prescribes cinnamon for a variety of ailments including colds, flatulence, nausea, and even diarrhea. Including cinnamon in your diet is said to help regulate your body’s blood sugar, which in turn is said to help control weight gain.

In his interview with Dr. Oz, Tim Ferriss, the author and life hacker who wrote “The 4-Hour Body

“, refers to eating cinnamon to control blood sugar as The Cassia Cinnamon Cheat. The cheat is called the “Cassia” cheat because there are actually two types of cinnamon.

Cinnamon of the Cassia variety looks more like tree bark,and is rolled from one end much like a sleeping bag. The other variety, called Ceylon, is easy to spot because it’s sticks are rolled from both slides like a scroll. In the article Tim recommends opting for Cassia cinnamon, because several studies have shown that it is more effective at regulating blood sugar.

Multiple studies have been conducted that support that including cinnamon in your diet helps to regulate glucose levels in the blood. A rather well known 2003 study in Diabetes Care Journal concluded that when 60 individuals with type 2 diabetes included 1, 3, or 6 grams of cinnamon in their daily diet, their fasting glucose levels dropped 18 to 29%, their triglycerides dropped 23 to 30%, and their LDL cholesterol dropped 7 to 27%.

[list_item]Add it to protein shakes, smoothies, or Protein Power Balls[/list_item]

[list_item]For a warm tasty treat, sprinkle the top of a half of cantaloupe with cinnamon and bake it for 20 min at 400 degrees F.[/list_item]

[h4]Allspice[/h4] It’s reported that good old Christopher Columbus encountered allspice on during his second trip to the “New World”, which lead him to the island of Jamaica. The name is said to have been coined by the English in 1621, who perceived the flavor of Allspice as a blend of the flavors of cinnamon, nutmeg, ginger, and cloves.

Purported Benefits: Traditionally Allspice has been used by those native to the Caribbean to treat everything from coughs, chills, bronchitis, and depression. The fragrant spice has also been said to calm an upset stomach, as well as to provide pain relief for sore muscles. Many of these claims are discussed in detail in Doctor Daniel B. Mowery’s book “The Scientific Validation of Herbal Medicine

[h4]Garlic[/h4]When many people think of garlic they think Italian food, but the history of garlic can actually be traced back to over 6,000 years ago to central Asia, many areas in the Mediterranean, as well as to Ancient Egypt.

Purported Benefits: Garlic’s unmistakeably pungent smell is caused by high levels of an organic compound called Allicin. Allicin is a defense mechanism that garlic plants use in the wild to keep would be pests away, but as it turns out this compound has been studied and found to offer numerous benefits to living beings. Allicin is said to help decrease blood pressure, as well as to act as an anti-thrombotic (blood clots related to heart attacks and strokes), and anti-inflammatory.

[list_item]Sprinkle a little garlic powder on your grilled veggies in the place of salt. This simple substitution will cut your sodium intake, while kicking the taste buds UP a notch or two[/list_item]

[list_item]Rub meats like chicken, the favorite of fit folks everywhere, with garlic prior to cooking[/list_item]

[list_item]If you simply dislike the taste of garlic, but still want the benefits, you may want to try an Odorless Garlic Supplement Purported Benefits: Ginger has been used in China for over 2,000 years to aid digestion, calm upset stomachs, treat diarrhea, and also to treat nausea. Several studies have concluded that ginger is effective at reducing nausea experienced as a result of seasickness, morning sickness, and even chemotherapy. Preliminary studies have yielded promising results regarding ginger’s ability to help lower LDL cholesterol.

[list_item]A nice cup of ginger tea might be just the thing to calm your stomach. Just add half an inch of grated ginger to your cup of hot water and let it steep for about 10 minutes[/list_item]

[h4]Fenugreek[/h4]The name Fenugreek is derived from the Latin word for “Greek hay”. Various parts of the Fenugreek plant can be used in a number of ways including the leaves as an herb, and the seeds as a spice. The sprouts and leaves are commonly eaten as a vegetable.

Purported Benefits: Fenugreek is often consumed as one of the primary ingredients that makes up curry and other Indian dishes. The dramatically low rate of arthritis in India is often attributed to a diet that’s high in Fenugreek. Like cinnamon, Fenugreek is also said to help slow the release of excessive sugar into your blood, as well as to actually increase your HDL cholesterol . Fenugreek can be used to treat inflammation of the skin by making a paste and spreading it on the affected area.

[list_item]4th Sense Cooking has an interesting Fenugreek Pancake recipe that I’ve yet to try myself, but it’s definitely on my list[/list_item]

[list_item]For a tea that’s great for indigestion, put about a teaspoon of seeds in a tea basket and steep in hot water[/list_item]

[h4]Thyme[/h4] Thyme has a rich and diverse history that begins with being used by the Ancient Egyptians in their embalming process, we’re talking thousands of years BC.

[list_item]The ancient Greeks believed that thyme was a source of courage, so appropriately it was used frequently as incense in both Greek baths and temples.[/list_item]

[list_item]Europeans in the middle ages shared in the Greek belief that thyme was a source of courage, so ladies often included it in their gifts to warriors and knights as they prepared for war.[/list_item]

Purported Benefits: The strong and distinctive aroma and flavor of thyme is due to it’s relatively high (20-54%) thymol content. Thymol belongs to a class of compounds known as biocides, which are highly regarded for their ability to attack and render harmless potentially harmful organisms. It’s this quality that led to band aids being medicated with thyme prior to the discovery of modern antibiotics.

Thymol, a powerful antiseptic, antibacterial, and a strong antioxidant, can be used to treat both chronic and acute bronchitis. It also benefits the immune system by assisting the body in defending itself from colds and infections. I’ve met many people that say that the stimulant properties of thyme are effective at improving memory and concentration, but I’ve not been able to locate any studies that support these claims.

[list_item]A tea that can be made by steeping thyme in hot water is said to be great for coughs, and/or bronchitis[/list_item]

[list_item]Thyme is often added to meats and stews to enhance flavor. Time is relatively mild and blends nicely with other herbs and spices[/list_item]

[list_item]FitnessMagazine.com has a delicious receipt for Lemon-Thyme Chicken with Sauteed Vegetables that’s easy to make (heck, if I can make it, it has to be), and delicious. I would recommend substituting olive oil for the canola oil though, as it contains more nutrients.[/list_item]

I hope you found the above spice recipes and tips useful! Have the courage to try new things both in the kitchen and in the gym, and embrace the variety that is the spice of life!

If I’ve missed your favorite spice or spice infused recipe, feel free to share in in the comments section below, or say whatever lights your candle!

Check back next week for pictures of my battle with a 5 pound burger! How’s that for a cheat day??? 🙂 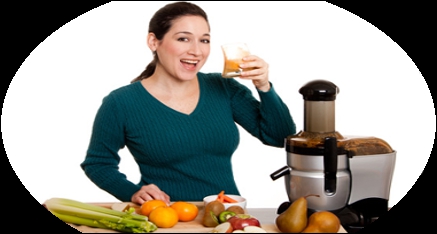